The Raven Is a symbol of the conduit between the living and the dead. more details below.

The Raven Ring embodies the spirit of the Raven.

The Raven is often associated with loss and bad omens.  However it can also be a sign of communication with undead spirits.  Yet its symbolism is complex. It can be a symbol of prophecy and insight. The raven often acts as a Conduit between the living and the dead.

There are Stories of Ravens guarding the dead until their loved ones can take them to be properly buried.  In Viking lore the Raven represents insight and wisdom. Ragnar Lothbrok had a banner with a Raven on it. It is said that the raven guided him into battle.

In England it is thought that if the ravens in the tower of london are removed then the tower will Fall.

In Native north America the raven is known as either the creator or the trickster.

Whatever you believe the Raven is a powerful symbol. A conduit between the living and the dead. The birds are also very intelligent and should be respected.

The Raven Ring is made from solid stainless steel and can come in a variety of sizes.

There are no reviews yet.

Be the first to review “The Raven Ring” Cancel reply 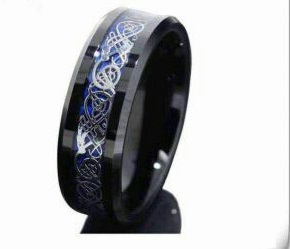 Most Popular
Join Our Newsletter

Sign up to receive timely, useful information in your inbox. 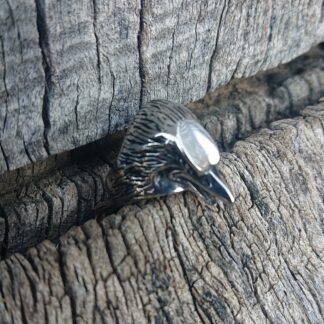